#DoesItMatter ? My Encounter with Feeling Black

Art was one of my favourite subjects at school. There was no better time than when I was surrounded by the happy noises of my classmates cutting pictures and drawing landscapes. Somehow it was there sitting in art class, with busy walls and windowsills littered with rainbow coloured cups, that I felt happiest and free.

Many years later, I realised that it also there in that same art classroom, that I first felt a stark awareness of being black. This does not mean that I did not know it before. Maybe, it just suddenly felt very real. Strangely enough, it was not by any act of violence, vulgar insult or usual classroom shenanigans that would FastTrack anyone into a meeting with a headmaster. This was a quieter moment and I don’t know if it happened to me without anybody else realising it. How did it happen? Well…it all started with a box of pencil crayons.

During our usual colouring, one of my white classmates (who was also a good friend) asked if I could “Pass the skin-coloured pencil crayon” and without thinking, I grabbed the brown one and asked, “do you mean this one?”  This of course, was met with laughter and casual teasing about how I had misunderstood. “That is brown” she replied “…the skin colour is the peachy-looking one.”

At the time, I knew something about this did not feel okay to me. I just could not put my finger on what exactly that was. What made it more difficult, is that I did not know if I was being too sensitive, if I was being a jerk or if I was feeling genuinely dismissed. I did not know what part of me had been affected or if I should care at all. I was also the only black child in my class at that point, so there was nobody who looked like me who could validate my experience. So, I did what I thought mattered and replied “Brown is also a skin colour. This is what my skin looks like.” And suddenly, for the first time in my life I felt “black”.

In retrospect, I can say that I do not think there was any malicious intent on my friends’ part. I could rationalise it, knowing the friendship we had. So, I did not feel particularly victimised or actively violated at that moment. I understood that were all young and still learning about the world, ourselves and each other. So, what was the big deal? Because to anyone looking in, it might seem quite insignificant. For me, there was clearly a moment of disconnection from each other. I had no idea what she was thinking or feeling and what she didn’t realise is, I truly felt invisible and dismissed.

Although that was a brief exchange in art class the truth is, throughout my school years and later into my adulthood, I would have multiple experiences like this which varied in intensity. I was not the only person at my school experiencing it too, but there was never seemed to be a right time or place to ever speak about it in a meaningful way. I can only describe it as a heaviness about growing up as a young black girl that I could not articulate until I grew older. I just had these moments when I felt “black”.

It would later make more sense when I went to varsity hear others like me speak of how alienated they have felt in their schools, and in the university environment. We exchanged stories of how it was a running joke to be the “token black person” in your group of white friends at school. I felt it again when some of my white classmates and friends told me not to worry about admission into the Postgraduate university programme I wanted, because I fell into the “right demographic group” (never mind the minimum requirements which we all had to fulfil).

It did not stop there. When we started working, I heard stories from my friends of how they were unable to book tables at certain restaurants when they used their African names but, secured a booking when they immediately called back using a random English name. This was just happening all the time, in our democratic country. I felt it again when I saw student protests about colonial statues on campus and ultimately it came like a flood when the whole world was bombarded with news headlines of deaths that sparked #BlackLivesMatter.

I cannot equate my experience with the suffering of others, and I cannot possibly speak for every black person. Thankfully there are now many platforms to gain insights, where people continue to share their lived experiences. It is through this that we have seen videos, images and stories which can sometimes shock us and move us to tears. What I can say is, like many others, I can understand pain of familiarity when people talk of being at the receiving end of racist experiences on a regular basis, even if I’ve never had all those experiences myself. This is not just about racism from right wing radicals and strangers on social media. It is also a systematic racialised dismissal and denial from neighbours, acquaintances, businesses, colleagues and sometimes even from trusted friends. This is how the creeping feeling “black” has lasted -feeling that one somehow does not matter, but carrying on with life anyway. But it is also what makes so many people want to speak up and say, “it does matter and it’s time for everybody to care.”

Slindile offers therapy in isiZulu, isiXhosa as well as English and a few other languages.

You can check out the rest of her bio here.

Slindile is available for in-person and online sessions. If you would like a session with Slindile please email info@onthecouchwithcarly and ask for her by name. 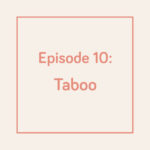