How To Overcome Procrastination

Putting off something you know you need to do is something we probably can all relate to. It feels like procrastination is one of those universal problems that affect everyone.

So what is procrastination really all about, from a psychological perspective, and what can we do to overcome it?

You may be feeling frustrated with yourself because whenever you sit down to do a certain task you end up wasting your time doing EVERYTHING else and putting off what you intended to do until tomorrow or next week or next month.

For many of us, we start the year with such great intentions. I’ve written before about how to set realistic New Years Resolutions here.

But suddenly it’s July and the things we wanted to have done by March still aren’t accomplished.

Why is it that when we know we need to do something, we end up farting around online or scrolling through social media instead of doing the really important things on our to-do list?

We very often believe something is going to be scarier than it really is. We tend to associate obligatory tasks and “work” with discomfort or pain.

For example, when you think about doing something boring like homework or your taxes it feels like the most enormous, difficult, and unpleasant task. We imagine it taking hours and being mostly uncomfortable for us. So we put it off. But when we actually sit down and do it, it often feels quicker and more painless than we anticipated.

Another reason we could fear something is because we hinge our feelings of success and accomplishment onto it. So instead of studying for that exam, we rather spend our time doing activities that do not involve such high stakes. Anyone can feel good scrolling through their phone or watching netflix but when you study you have to engage with an activity that leads to a sense of success…or failure. None of us like feeling failure so we put off the task rather than risking feeling like we’re not good enough.

So if you’ve been meaning to put aside time to work on your CV because you really want to start applying for a new job but weeks go by and you haven’t done a thing, that could be because you are experiencing some kind of block against making progress. When we fear failure to the point where we stop taking risks, we are buying into the idea that staying small will keep us safe. This is shame at work, people! Shame says, “you’re not good enough, so don’t even bother trying” but shame also says, “Oh, you think you’re somebody special and deserve success do you – who do you think you are?” Hello, Imposter Syndrome.

So as you can tell, my solution to your procrastination problem starts with trying to make sense of it and understand the deeper meaning behind it.

Once you’ve figured out you are avoiding doing something because of fear then you can start to address your fear. Work out which aspects of the task are difficult or uncomfortable. Is it the sitting down and doing it part or is it the consequences?

For example, if you hate sitting down and studying because it’s hard to sit and look at a boring page then get some colourful pens and make really pretty notes. That way the actual sitting down and doing it feels less painful.

Or are you afraid of putting yourself out there and trying something in case you fail at it? That’s a more complex problem that might need a more in depth reflection. Therapy can be helpful to unpack what is holding you back from reaching your potential. You can always send us a message at info@onthecouchwithcarly.com and we can talk about how to book an initial meeting with one of our therapists.

Sometimes procrastination can show us that something in our life is not right. If you always procrastinate instead of making plans with someone is that maybe because you struggle with that relationship somehow?

If you procrastinate when it comes to your work, is it possible that this job is not for you?

I always encourage people to take care of themselves first. Learning to set boundaries with toxic people or finding the courage to leave that unfulfilling job might be exactly what you need to find the motivation again. Procrastination could be the signal that you need to make a big change. This is easier said than done. It’s always a good idea to speak to someone about how to make big life changes.

So now that you understand why you’re procrastinating, you can start to actually do something about it. Watch my vlog to hear what my top tip is for how to overcome procrastination today:

I hope this has helped in some small way! 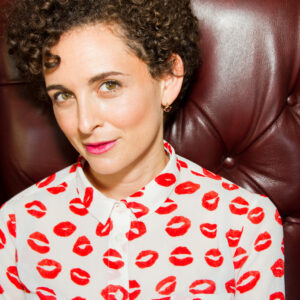 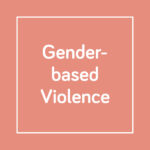 Gender-based violence protest in CT giving us the feelsAdvice, All, Feminist Rants 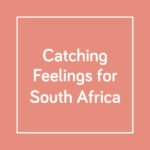